Best Way to Respond to a Data Breach 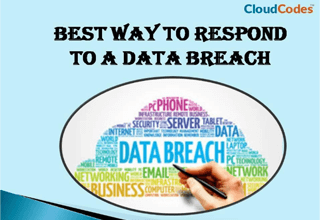 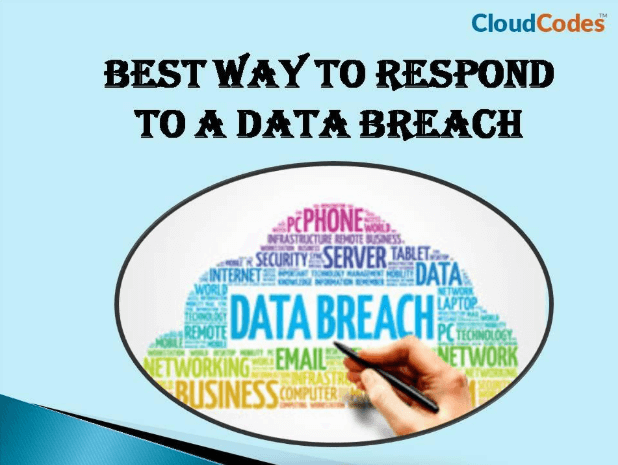 How Will You Respond to a Data Breach Situation?

Imagine a scenario, wherein, you just got the news that the data in your cloud has got leaked. Your mind goes numb. You expect the worst. What might possible data have been leaked? Why did it occur? How did it happen? After recovering from the initial shock, the next step would be to take some serious action. After all, you are unaware of the enormity of the data leak situation, and you still do not have the clear picture in front of you. Now, is the time to act fast and assess what went wrong and how it can be corrected and contained before it creates havoc? Enterprises have to plan and train their staff on data breaches and how to respond to a data breach scenario, so that the worst can be avoided.

Training to Respond to a Data Breach

With data leaks becoming the norm in the cyber world today, the enterprises have come up with ways and means to train their employees to respond to data leaks. The first few hours are the most crucial ones, and it is apt that employees are aware of their responsibilities so that enterprises can act fast and solve the matter from getting bigger and bigger. Incident response is being adopted in several huge enterprises where employees have to imagine that data has been breached and develop skills to handle the situation in a brave and quick manner to discover the best practices to respond to a data breach.

How to Respond to a Data Breach in the First 48 Hours?

In any data breach scenario, the first few hours are very crucial and all depends on how the enterprises handle this situation and take control of it. Before migrating the data to the cloud, incident response to a data breach situation should be clearly spelt out. The plan should include details on roles and responsibilities, actions required and timelines. The personal, as well as regulated data, should be understood for planning the incidents accordingly. The enterprises need to be constantly aware of all the authentic users to its intellectual properties, with whom it is shared and how it is protected? The plan should include updated security practices and it has to be based on datatype.

Cloud technology offers great benefits, but enterprises need to be wary of the cloud security risks. The data breach cases have been constantly on the rise, partly due to the lackadaisical approach of the enterprises towards cloud security. True, there are complexities involved in implementing cloud security, but it is to be aggressively addressed to by conventional businesses like banking and healthcare sectors. With sensitive information of its clients, these sectors are the most vulnerable when it comes to data security. Citing unawareness regarding cloud data security will only exaggerate the problem rather than solving it.

Policies to Safeguard Sensitive Data from Getting Leaked

CASB solutions rendered by eminent Cloud Access Security Brokers are the solutions, which act as that extended security arms helping enterprises to increase their cloud data security cover and prevent the sensitive data from getting breached into malicious hands.

CloudCodes CASB to Help Enterprises Respond to a Data Breach

Enterprises have to plan beforehand to secure their data rather than respond to a data breach after it has happened. CloudCodes CASB solution protects data on cloud storage from data breaches. It acts as a protection layer and keeps the data safe even in off-premises environment. If in case, a data breach scenario arises, CloudCodes CASB solution immediately notifies it to the admin and evokes an alert to protect sensitive data from getting wrongly accessed and misused further.