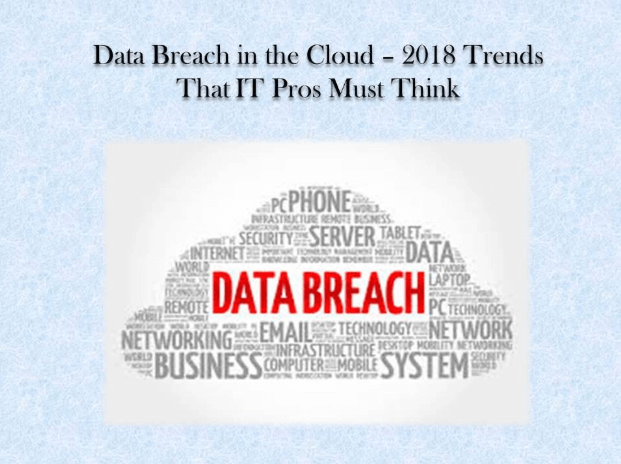 What is Data Breach?

Here comes the concerning statistics about data breaches. As per a finding, more than 99 million records were exposed in the year 2017 because of various types of data breaches. The reason that tops the list is the hacking of IT systems. Poor security, insider jobs, misplaced, and stolen devices are other suspected reasons for data breaches that have taken place. The significant violations have taken place in healthcare and financial services organizations, indicating its vulnerability. Healthcare was hit with 31 million records stolen that account for more than 2% of the total.

The financial industry was not far behind when it came to data breaches, and as for the healthcare centers, even this industry will be vulnerable in the coming year. The financial institutions recorded 125 data breaches that constituted 14% of the total. The data breaches in the remaining sectors account for up to 6% of the total, and it was up 13% from the previous year. The total number of breached records was significantly up by 14 million, and the trend is showing no signs of coming down.

Reasons for Data Breach in the Cloud

Wrong steps in planning and deployment of cloud-based security configurations lead to data breaches. As enterprises start migrating to cloud services, it is increasingly challenging for the centralized IT departments to manage their company’s IT infrastructures. The IT departments lack many things needed for cloud security. They are short of monitoring tools required to detect and report on regulatory compliance and security issues. They even fall short of cloud visibility that is necessary for cloud management. Many of the IT personnel aren’t even aware of all the workloads migrated to the cloud services. Here lies the pitfall; when you do not know what has been sent, how can you expect to manage it?

Insider Breach – A Case of Concern

When the data gets migrated to the cloud, a shared platform, the apparent outcome is that the data will be available to everyone for free unless secured and unauthorized access is prohibited. The cloud data has led to an increase in the number of data breach incidences by the enterprise’s employees and partners, which may be due to sheer negligence or intentional means. 100% of the respondents of a recent survey feel that employees are the biggest threat to data breaches.

More enterprises are keen to invest in data monitoring, analytics, and expertise-based technology to identify and intercept this behavior and prevent the violations from occurring for the coming years. Another reason for this negligence was that 57% reported that there wasn’t enough time for all the security measures to be implemented. In comparison, 54% said about the depleted financial resources for security deployment. But it is a cause for worry when 74% of the companies feel that their data is vulnerable to major security threats and 7% citing that they are incredibly vulnerable.

The point of the matter is that every organization will have an insider threat, be it intentional or unintentional. The effects of both cannot be negated until strict security measures are in place, like the following:

Deploying CASB solution work like an extended security arm and an additional security layer over enterprises’ cloud usage. These solutions work alongside cloud services, enhance them over security parameters, and make room for the benefits enjoyed by staff through cloud working modules.