Data Breach Statistics and Facts For 2022 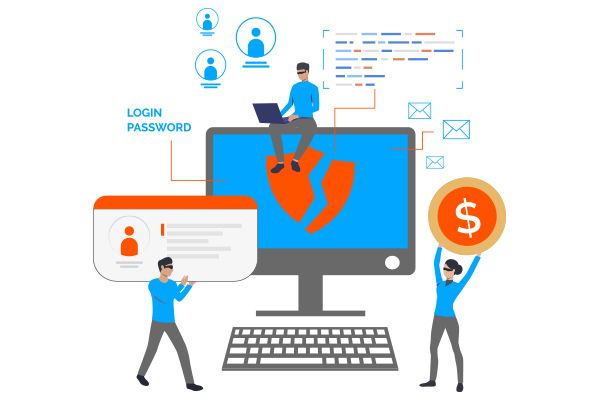 As the year is coming to an end, the social awareness level associated with cyber security and data breach has caused the majority of people to sit up and gather the notice. The trend of data breaches and hacking is not going to fade away because the new arena is high in internet marketing. Get a complete report on data breach statistics for 2022.

Gemalto tracks the data breach over the years. Around 9 billion records have been stolen, lost, and compromised, since the year 2013. Talking about the release in the year 2017, one of the significant data breach trends is linked with the low internal security practices, whether it is about improper management of databases, their insecurity, or end-users error. The recent version teaches provoking research that comprises 13 percent up-gradation in data breaches since the last half of the year 2016 and a 164% increase in lost, stolen, or involved records.

Another noticing and known trend is developing identity theft. Identity theft might ruin anyone’s life after becoming a victim. According to the observation of BLI, breaches caused by identity theft constitute 74% of incidents. It is an increase of around 49% in comparison to the last second half-year.

A large number of the international information breach comes decidedly that Gemalto has been discovering 1,901,866,611 settled with data records in the first half of the year 2017. It is the prediction by IDC that by the year 2022, there will be more than 1.5 billion users, or a quarter of the whole world population, which will be affected by these data breaches. Till now, the US has continuously been the world leader in most data breach incidents. It means that if there are 918 breaches, then, out of these, 801 will occur in the US. The United Kingdom comes in second place with around 40 incidents and Canada at third with 26.

When the two acts, i.e., Australia’s Privacy Amendment and European General data protection, are enforced in the year 2018, these areas like the UK, the US, and Canada are going to explore more. These are the two most critical significant steps to protect the digital data of the organization, and applying privacy will impact a lot upon how firms are handling data protection with their consequences. It is always a challenge for associating a cost with data breaches. The majority of the time, users are unable to determine the extent of the full repercussions. Two-thirds of the firm breached already shared price, which negatively has impacted a lot. Out of 65 organizations, there are around $52.40 billion shareholders who have to cost for it.

Corporate and personal items’ privacy is undoubtedly at high risk. It is a severe matter of concern for users because this may harm the processing growth of the organization. We need to promote the philosophy and measures of the security breach continuously. This method of cybersecurity is known for the fact that hackers are resourceful and will be finding the right way.

Cybersecurity begins with the knowledge of a breach that is inevitable. Implementing these technologies will be reducing risk whenever data breaches occur. Carrying out encryption in a broader range and working with cybersecurity measures are some tips to low down the data breach impact. Saving and transmitting plaintext is one of the worst exercises for internal security. Else, it is the most significant surge for the increase in data breaches. Always remember that you are highly encrypting the crucial data when it is either in storage mode or for transferring style. Also, remember to append the multi-factor authentication for protection again unauthorized access. It was the complete report on Data Breach Statistics for 2022.