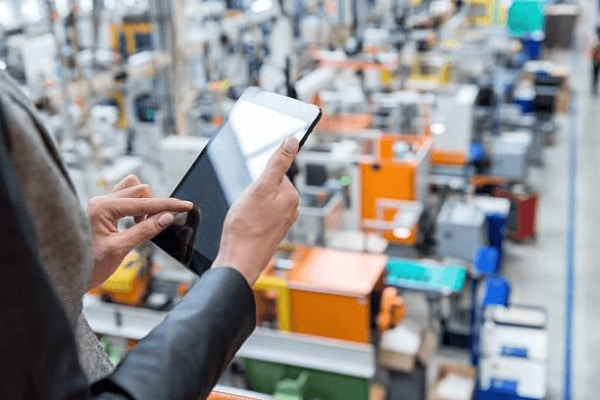 After the digital revolution hit the world, it is not the cloud that is engulfing the entire technology networks, characterized by technology fusion with blurred lines among the physical world, digital spheres, and living spaces. This rapid cloud adoption is pointing to something unusual about cloud usage for manufacturers specifically. Until recently, the manufacturing industry struggled to adopt cloud computing models outside their relatively more uncomplicated IaaS (Infrastructure-as-a-Service).

As the costs incurred from moving to the cloud often have been considered very high, and also due to the perceived cloud security threats predominantly. Most definitely, this reluctance of manufacturers about moving to the cloud is also because of this general suspicion of cloud-based technology. From all other sectors, the manufacturing industry has made significant gains in the decades recently with the digital adoption of technology. More often than not, cloud services especially have been perceived as a grave challenge, for many reasons, falling under two essential purposes, as follows:

Manufacturers worry about productivity taking a hit if some processes, maybe not all, would be moving to cloud. Cloud has yet not proved itself as a very hospitable technology environment for designing. Particularly now, it’s more useful for design validation, collaboration, and document management rather than the design itself. Most of this productivity hit would always come down to lag, i.e., the tendencies of Internet speeds and bandwidths to drop unpredictably and slow down these cloud-based apps. Some latency can surely be tolerated and might not even be noticed in data management.

Cloud transition has been indeed helpful in uprising the productivity levels, but cloud security came as an aftermath for manufacturers! Perceived cloud security threats after cloud transition are one of the primary reasons behind this lagging adoption of cloud by manufacturers. The past several years have been punctuated with cloud security thefts and data breaches every few month’s time, which has confirmed most people’s misgivings about data security in these cloud-based apps. Still, it is perceived as an overcome finally. It is an argument saying that cloud-based work systems are safer than conventional computing methods. Most such breaches are happening in applications that are using such cloud-based resources, including SaaS, and slightly more in those firms that rely more on traditional and outdated systems. Cloud security concerns are fading away as manufacturers are beginning to leverage their extensive existing knowledge base about digital data management. It uses services specially designed for the cloud, which are beginning to emerge, like the CASB solution for cloud security gradually.

There is a grave need for cloud security for the manufacturing industry. It is not accurate that most manufacturers are slow in adopting cloud-based systems. Instead, manufacturers move to cloud is always nuanced, usually recognizing about cloud-based apps as not yet totally appropriate in certain areas, including design, and the need for security solutions for processes including project management.

While opting for the retention of the foundation systems on-premises and earmarking analytics and production apps for migrating to this new cloud environment. CASB solutions also have an essential role to play in some of these manufacturing groups. Read how a manufacturing giant benefited greatly from the ultra-useful CloudCodes CASB solution.