Get to Know About Different Tactics Used to Bypass Endpoint Protection 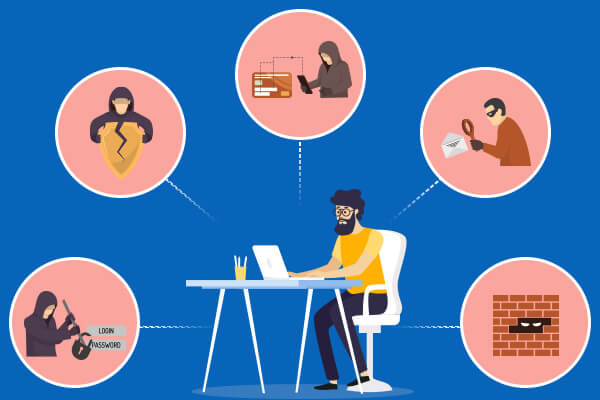 Cybercrimes from threats that run or defeat around approaches of endpoint protection are increasing day-by-day. Its become important for internet users to learn the tactics used by hackers to bypass endpoint protection. This helps them in designing a security boundary, which restricts attackers from performing their intended dangerous task. According to Ponemon’s endpoint security risk report 2018, 60 percent of IT security executives said that the attacks’ frequency has risen over the past 1 year. 52% of the respondents said that all threats can’t be realistically finished. Their antivirus approaches are holding only 43% of threats. 64 percent of respondents replied that their companies had gone through several endpoint threats, which resulted in data breaches. The overall report that was based upon the survey of 660 IT security executives, displayed that around 70% of the public said that unknown and new attacks have now increased, whereas the finance of successful threats has grown from an average of $5 million to $7.1 million. But, the majority of PCs have some kind of protection utility in them. Now a question arises – What are the measures that hackers use to perform Cybercrime or data breach? It’s time to list down some of the major tactics that hackers use to bypass endpoint protection security.

Major Tactics that Hackers Use to Bypass Endpoint Protection Security

Ease Down Your Efforts By Using CloudCodes Solutions

Undoubtedly, there are lots of efforts required to secure data on cloud platforms. It demands a team to manually analyze the endpoint network, track employee activities, scan programs being installed on a machine, etc. Due to this, people are unable to focus on their actual business growth and spend their time providing the best security as much they can. These hard efforts can be reduced up to a major extent by adopting an automated CloudCodes CASB solution. This solution is an integrated platform that manages cloud security in a way that enables business officials to balance the work along with the protection of data stored on the cloud. Organizations can opt for this solution if they wish to stop hackers from bypassing endpoint protection without any hard efforts.