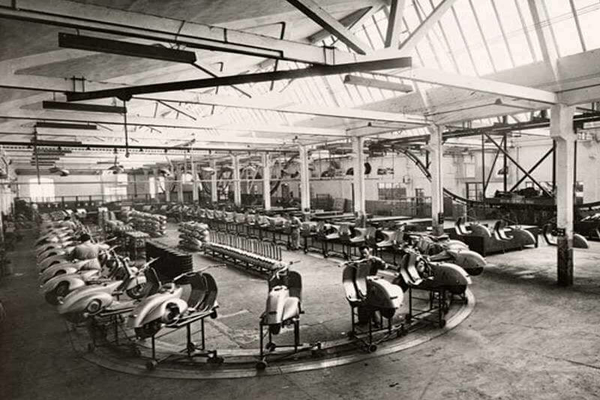 As now the market is throwing up different sets of challenges, the automobile giant has been undergoing significant changes since them. There is a hefty competition; however, innovations in technology have taken a new shape. One of these revolutionary changes is in the way of holding IT assets by such companies, and they have been transforming the way data was recorded, stored, processed conventionally, and the price associated with it working in a cloud environment. Gartner’s findings say that the overall global market of the public cloud is going to mature, and the growth rate would be around 15.2% increase in the year 2020. Cloud computing usually involves the migration of existing data to the web using their remote servers. This step could be very crucial in long term strategies, which could help in far better functioning and data management. Also, it was long since this debate was about the utility as well as the security of cloud models for the automotive industry. But cloud migration raises multiple data security concerns. Secure automobile industry with CASB by adding that much needed data security layer over their cloud apps and securely leveraged cloud agility

Lets See How to Secure Automobile Industry with CASB

Like many other such companies, a leading automobile giant, motorcycles/scooters manufacturer, had moved to cloud computing by adopting G Suite. It was done after considering the aspects of increased proficiency, enhanced productivity, and real-time collaboration that G suite apps provide. Like all other enterprises, this automotive giant benefitted after adopting the cloud. As team collaborations within the company with colleagues, stationed at multiple locations, improved considerably, and also various work shifts and work hours became a lot smoother, paving the way to transparent work practices in the entire working system of that company. Cloud adoption enhances their productivity levels enabling better communications, much faster turnaround times, among other improvements at work.

Adopting G Suite enabled this automobile giant to be more productive with swift & proficient work operations. It is indeed a robust cloud platform providing flexibility to users, with spanned decision-making processes, which are not confined to only office premises now. While all these advantages surely benefitted the company by helping them achieve a lot, it was soon realized by the firm that there are specific challenges they have been facing with cloud adoption. Even after recognizing and discovering enterprise security threats, they were unable to restrict access to data to their employees, nor could they get through visibility into the system or identify which users were legit users and which were not. But, this could have possibly led to data breaches of their critical information. Another challenge faced by the company was with the passwords, which users won’t change for many days, thus making data thefts natural and inevitable. Cloud Access Security Broker came as a clear choice for them.

After the company tried to evaluate CASB vendors, they took CloudCodes for G Suite CASB solution for their existing cloud security requirements. CloudCodes Identity Management solution helped them a great deal. Strong password-policies were set up for the whole company, which made them enable them to impose the much-desired password complexity, self-password-reset, and also forgot-password policies. Such a password policy added a lot to their data security efforts. CloudCodes IAM solution secure automobile industry with CASB to add that much-needed data security layer over their cloud apps without changing data management that much, and thus, they effectively and securely leveraged cloud agility. The firm liked this CloudCodes solution a lot as they found it to be up-to-the-mark in making their data safe and keeping away any potential data breaches. This IAM solution helped the firm in reducing their IT helpdesk tickets by around thirty percent and also led to increased efficiency in many ways.