What is Container In Cloud Computing 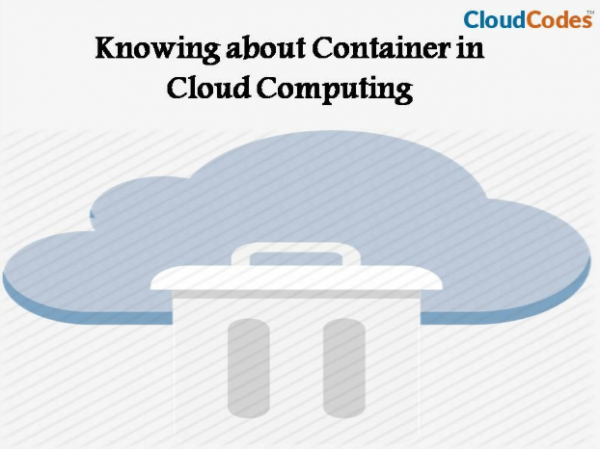 A Container in cloud computing is an approach to operating system virtualization. By this, the user can work with a program and its dependencies using resource procedures that are isolated. The code of the application can be bundled with configurations and dependencies in a systematic manner.

Container in cloud computing is used to build blocks, which help in producing operational efficiency, version control, developer productivity, and environmental consistency. Because of this, the user is assured of reliability, consistency, and quickness regardless of the distributed platform. The infrastructure is enhanced since it provides more control over the granular activities on resources. The container usage in online services benefits storage with cloud computing information security, availability, and elasticity.

Advantages of a Container in Cloud Computing

These are the following things that have to be provided by CASB solution:

Security of containers is a challenging task for the service provider. Under a specified operating system, the Docker containers work like a privileged user. The administration permissions gain the underlying operating system when the key components of the container are compromised. The user namespaces are held in the Docker by which the containers work for a particular user. Also, there are the picture security concerns that can be downloaded from the Docker. An additional feature, the Docker Content Trust verifies the image publisher information to address this problem.

The presence of vulnerability is deeply checked by picture scanning. To assure that the security policy is enforced, it is always better than the user makes the image on his own. For matters regarding secretive productivity applications, cloud containers are to be used in the same manner as that of other deployments. This concept increases the security factor. The container has vulnerabilities from within. Issues like no permission to the server OS and DOS disabling MySQL container crop up that can lock the website working.

Hence, wherever containers are hosted, it is necessary to keep an eye on the server’s security. The cloud security challenges can be efficiently handled by deploying effective Cloud Access Security Broker solutions.

The concept relating to the container in cloud computing is beneficial to enterprises. Then there is the virtual machine, which is low cost and offers internal as well as cloud portability. Some big organizations comprise both virtual machines and cloud containers. The enterprises have to evaluate the pros and cons of each of these and deploy the aptest one.