Office 365 DLP – Prevention Is the Key to the Lock of Data Safety! 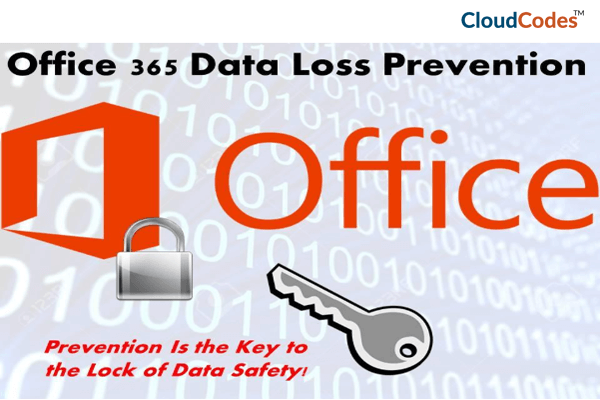 Some years from its onset in the market, Office 365 has proved it right and today, it can claim to be one of the most widely-used and largely popular cloud platforms that are available. Besides its other features like Box, Salesforce, Yammer, and numerous others, this Microsoft suite also provides access to data and information in ways that might have never envisaged previously. However, with such augmented accessibility come the increased risks of data losses. If the employees of a particular organization are given more entry points into the firm’s knowledge capital, then it would surely magnify the risk of data breach incidences. Today’s blog going to explain to users about exercising Office 365 DLP best practices and how insider threats can collectively help your firm to develop a very strong safety posture.

Data losses can have highly catastrophic consequences for any organization, big and small. But, one thing that we must be mindful of is that these data loss chances are not only technological but they are also linked to employees’ actions inside these cubicle worlds. We live in such a digital world where there is a lot of business-critical info that is stored inside our emails, other financial documents, etc., which can all be opened while we are on the move. Thus, preventing this business-critical data is widely known as Data Loss Prevention (DLP). We are lucky that Office 365 or O365 strongly assists us all with this.

Early in the year 2017, Microsoft had created their Security & Compliance Center especially for O365 or Office 365. This enabled the end-users to manage different features including DLP or data loss prevention. The O365 DLP feature works in a similar fashion as any other data loss prevention tool, wherein, it follows a certain set of some of the specific rules. Policies defined within O365 govern the data and also send notifications whenever someone breaks in or violates some rule. DLP in Office 365 feature classifies data in an automated way and uses some set of policies for stopping an email from being sent and/or blocks unauthorized access to any classified data or content.

Setting up of the DLP feature in Office 365 is quite simple, thanks to the in-built features & functionalities of the application

Exercising Office 365 security best practices and being vigilant about insider threats can collectively help your firm to develop a very strong safety posture. Also, it is a popularly-known fact that human machines are nominally the weakest points of any of the said systems, so in an effort to inform, and at the same time, not belittle these end-users for their follies, you can easily deploy CloudCodes for O365 DLP solution, and get the cart of data safety running without any hiccups.