Effective CASB Tool for Asian based Organization to Go Cloud 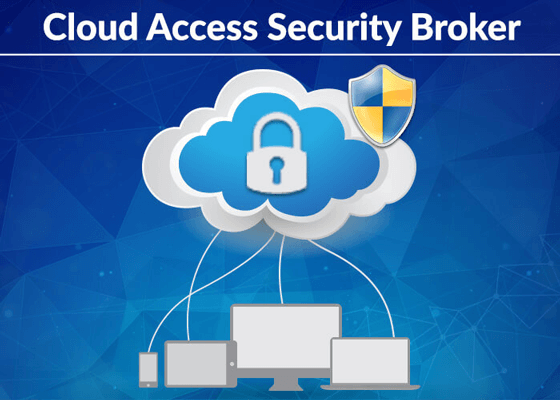 Every country has a different kind of business ecosystem. The way environment present in the forests creates the ecosystem of a forest similarly; the business communities across the continents also create this “business ecosystem” as a well. If an Asian company wants to expand its operational area on a global level, then it is high time for them to take adequate support of technology in the form of effective CASB tool.

International mercantile law decides the flow of the trades between two continents. In the next run, countries across various continents form their groups to create a business advantage framework/platform for a group of business people. It is where the real quest or the shift of powers starts taking place. Now, see the same scenario from the perspective of Cloud Security all over again. If you are trading at an open platform, then you are bound to give access to certain parties. If you are setting up a business across two continents, then two sets of laws are applicable.

The definition of insider trading is very different when we check it in Asian countries and European countries. Particularly, when we see China and India as a giant-duo from Asia and compare it with strong economies like the UK and the US up to some extent, then we find that public participation is much higher in developed economies. It means that they want more information. If you have an operational setup ready in Asia and want to expand it with the help of a cloud setup, then CASB is a must-have for you.

The answer to the question (why it is required?) lies in the fact that most of the Asian countries are in a transitional phase of infrastructure when it comes to this IT evolution.

But there is a solution! i.e., Cloud Access Security Broker(CASB).

The 3 Steps of IT Evolution

When we judge it on the terms of the socio-economic impact, then we find that there are three stages.

Think about the need for the firewalls in all the five stages of evolution from Mainframe to Mini to client-server, WAN, and finally cloud. The scope and lack of firewall increased manifolds with each development. The reason was quite simple – with each expansion, the number of users was growing, and the network was generating itself in terms of persons, external partners, and equipment. Cloud is considered as a peak or the pinnacle. Now, check it out from the perspective of the first-world and third-world countries. First-world countries always have this well-advanced network, and your cloud system in Asia may not be well-equipped enough. It is the place where you can take the support of CloudCodes and level up the things by covering all those gaping holes that can become a vulnerable security threat when you will move up the ladder.

We started this compilation on the note of an ecosystem designed for a business. In the next step, we compared the special status of Asian countries and the western world in terms of IT evolution and cloud networking. We can see a vast difference between the stages. If an Asian company wants to expand its operational area on a global level, then it is high time for them to take adequate support of technology in the form of best CASB tool and CloudCodes.