Everything You Should Know About Shadow IT 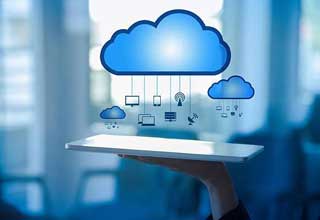 What Is Shadow IT?

In the organizations, some users use unauthorized apps or the unsanctioned apps. For example, let’s say, DropBox is an unsanctioned app in an organization and someone finds an alternative to DropBox app, which he uses. So, the Shadow IT feature of any CASB provider helps in reporting such breaches of the use of unsanctioned apps in that organization to the admin, wherein, a report is generated indicating such use. So, whenever such resources and applications including the cloud ones are used in an enterprise without organization’s approval, Shadow IT comes into play. This may not be necessarily done intentionally but still it’s a security breach. Shadow IT accounts for one-third of the cyber-attacks experienced by the enterprises.

Here is an example to prove it.

Some task is to be accomplished but there aren’t the necessary features to have it done. Or when there are other easy apps, probably the cloud-based apps, which are already available online through which this particular task can be completed easier and faster, then the employee is going to download this external app without the permission of the enterprise. So the task of the employee is completed without the enterprise being aware of what was used to complete this task.

The task will be completed by the employee through his own developed application without the knowledge of the enterprise. Here the employee may take the help of unsanctioned apps to build his application.

How Do Organizations Deal with Shadow IT?

Shadow IT should be dealt in such a way that security of enterprises’ data is not at all at risk. The enterprises can appoint solutions offered by a Cloud Access Security Broker (CASB) to control such unauthorized, unintentional or intentional data loss. Corporate policies should be established, which foster growth and improvement in individual contribution. Enterprises need to know their shortcomings and find efficient solutions rather than oppressing employees’ growth. There are available Shadow IT resources in the market; so, the firms facing any such noncompliance issues can avail these resources.

What Are the Risks Associated with Shadow IT?

There are five major risks associated with shadow IT that corporations must be aware of, which are as follows:

What Are the Benefits of Shadow IT?

CloudCodes Shadow IT Solution Is a Benchmark of Excellence

Hand-in-hand with a CloudCodes CASB solution, Shadow IT can be controlled, even though it cannot be prevented, and this control can be in the hands of the enterprise. CloudCodes offers a bundled package of a very robust algorithm of a CASB solution to enterprises working with cloud that bridges all the gaps between cloud and the enterprise in relation to data security and data access. Its Shadow IT module is so impeccable to overcast its shadow on Shadow IT threats and helps enterprises eliminate any such threat near perfectly.